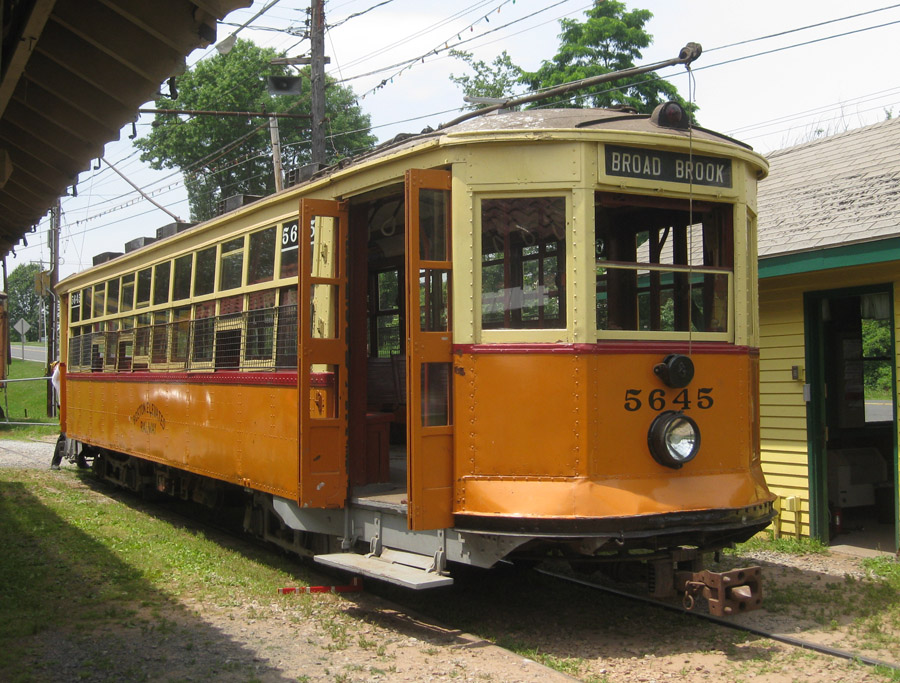 In 1920, the Boston Elevated Railway faced a major car problem. It still had 738 largely decrepit and ancient and small 25 foot "box" cars on its roster. A new type of one-man, high-capacity trolley was needed and fast. The company's design engineers turned out a design that would become known as the Type 5 semi-convertible trolley and the best known car Boston Elevated ever had.

For the busy subway, despite each car having 16 transverse-reversible seats and 4 longitudinal corner seats of wood slat construction for 48 passengers, its standing capacity was whopping 89 for a total capacity of 137 passengers. The city cars were designed for 25.4 MPH at 550 volts.

1947 saw a major change in the operation of transit in Boston and a new owner for #5645. On August 29, 1947, the private Boston Elevated Railway passed from the scene and the public Metropolitan Transit Authority took control. In 1950-1952, 48 cars including #5645 had its original bar couplers replaced with Tomlinson automatic type from junked Type 4s for operation in the Tremont, Boylston, and Huntingdon Avenue subways and to permit them to tow or be towed by PCCs.

Starting in 1951, the first of the Type 5 fleet of 471 cars was scrapped. By 1958 nine Type 5s were left working out of Watertown Car House. During the last couple of years, William E. Wood operated for C.E.R. and other friends trips on car #5645 over all trolley lines that remained in Boston. He also placed a bid offer for the car which was accepted in April 1959 and moved to the Everett Shops on coming off its last public service trip. A short time later #5645 was moved to East Windsor. 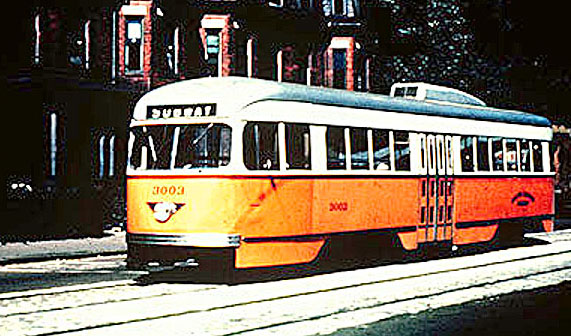 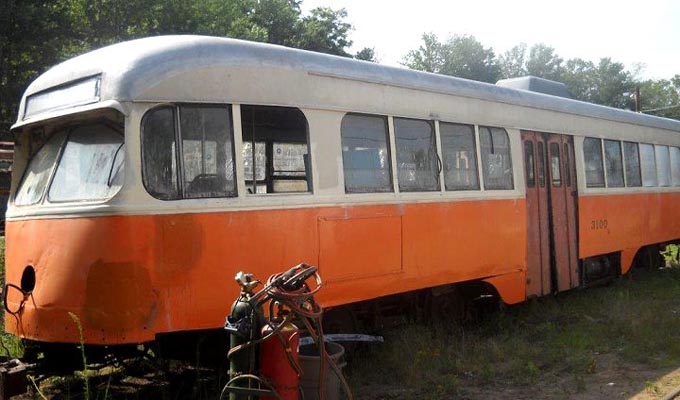 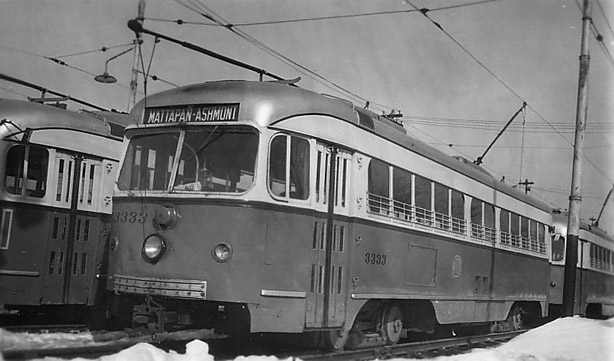 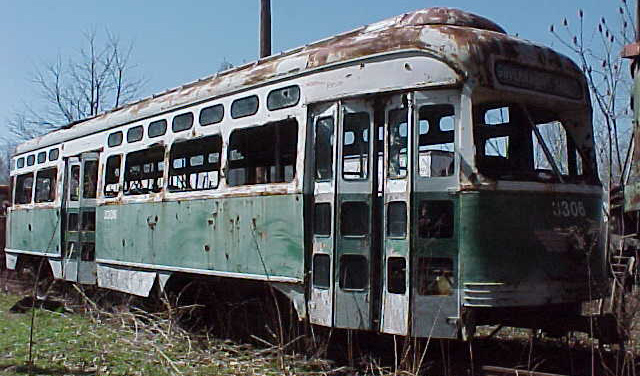 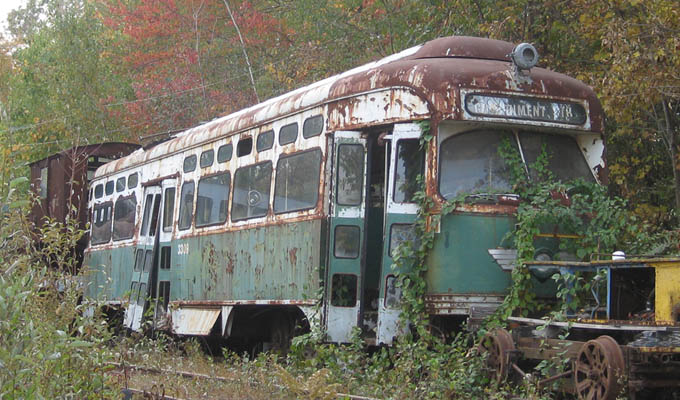