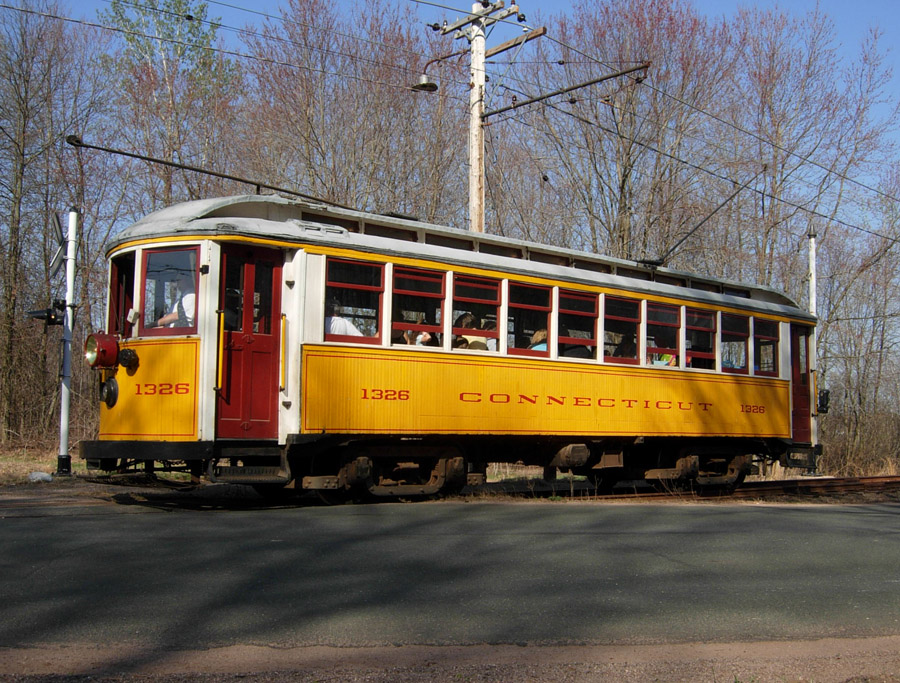 By William E. Wood, September 2001
with contribution from Kinsley Goodrich for the data on Waterbury, CT and the car locations

This trolley was built as Connecticut Company #550 in 1910 by the Osgood Bradley Company of Worcester, Massachusetts as a 30-foot closed wooden car with side seating. It was renumbered #1326 on August 5, 1915 during a renumbering program across the entire system. An official Connecticut Company roster of the early 1930's shows that cars #1320 through #1334 were located in Waterbury, Connecticut until June 19, 1937. At that time, #1326 was then moved to New Haven where it operated there to the end of the trolley service in 1948. After 38 years of service with the Connecticut Company it was acquired by the Connecticut Trolley Museum.

A detailed look at the car shows not many changes have occurred over its lifetime. It was built with sliding doors at each end of the passenger area so the motorman could close himself off from the passengers. The car was operated as a two-man car (motorman and conductor) until the late twenties or early thirties. When it was converted to one-man operation (motorman only) those sliding doors were removed.