Help Us Restore the Isle of Safety • Details 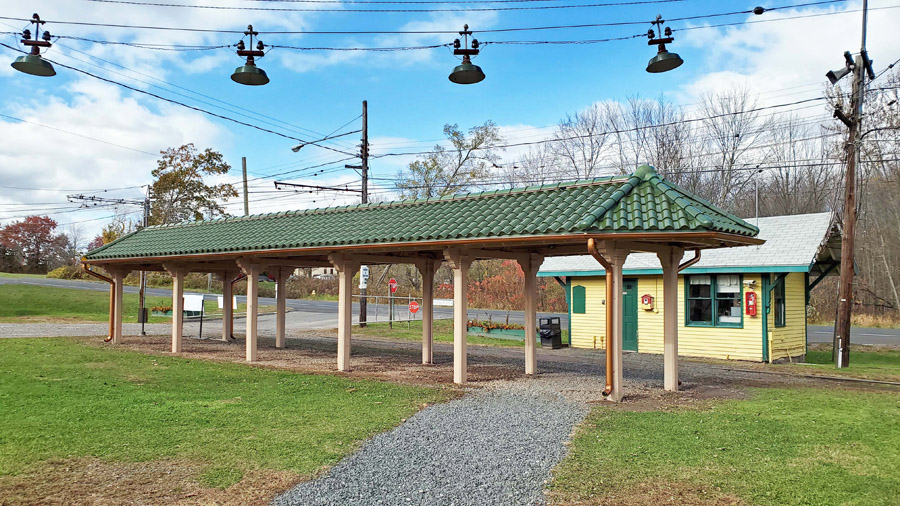 At the start of the 1900s, as the automobile was advancing both technology-wise and affordability, city streets were becoming a mix of trolleys, horse and carriages, automobiles, and bicycles. In Hartford, waiting for the trolley meant standing in the middle of State House Square amongst all this commotion. The idea was raised in 1910 to provide an "aisle of safety" with iron posts and ropes, by 1912 some temporary posts and ropes were placed by the city. The local press celebrated the new "Isle of Safety" allowing the public to wait for trolleys out of the danger of traffic.

The following year, the artist Charles Noel Flagg waited for a trolley behind the posts and ropes and came up with a an idea for a proper waiting station. Writing to the city, he proposed an elevated platform to eliminate having the public standing in puddles or slush and to clearly define the area. Surprisingly, the City of Hartford responded with plans for a raised platform with a roof. The new Isle of Safety was completed by December 1913 for a cost $2,681. 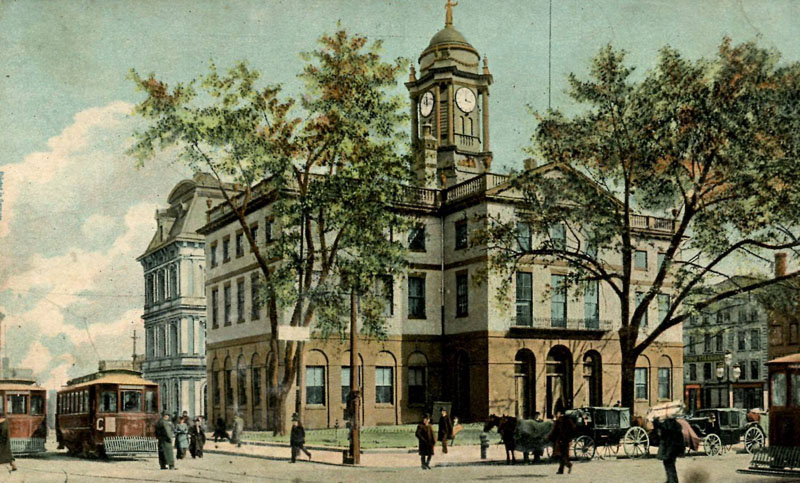 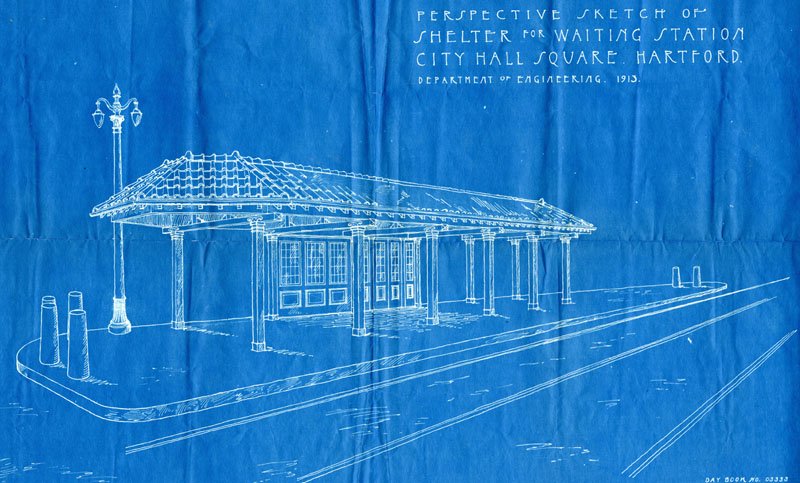 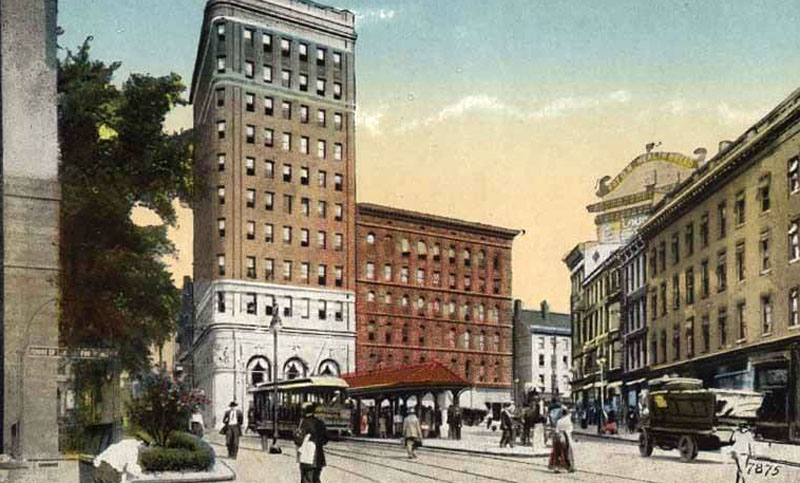 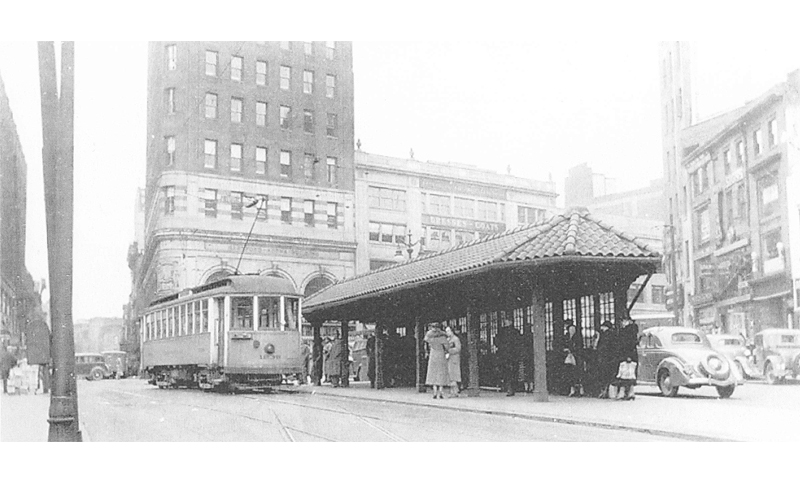 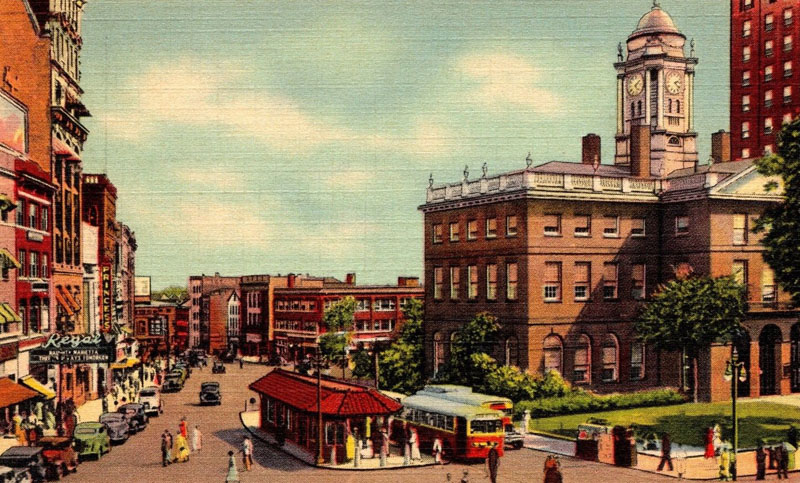 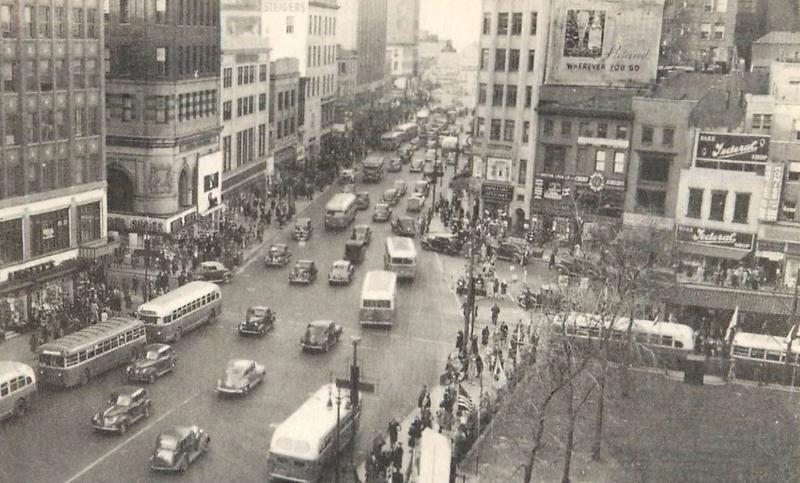 The Isle of Safety served tens of thousands of passengers that traveled by trolley and then by the buses that replaced them. It was nearly lost in 1976 when State House Square was paved over, but was rescued by the Knox Foundation and moved to a temporary location. Several attempts to relocate it back to the area of the state house proved unsuccessful. With calls for its preservation, the Knox Foundation moved the Isle of Safety to the Trolley Museum in 1988.

Today, like it was intended, the Isle of Safety provides protection for visitors waiting to ride a vintage trolley down the Trolley Museum's demonstration railway. 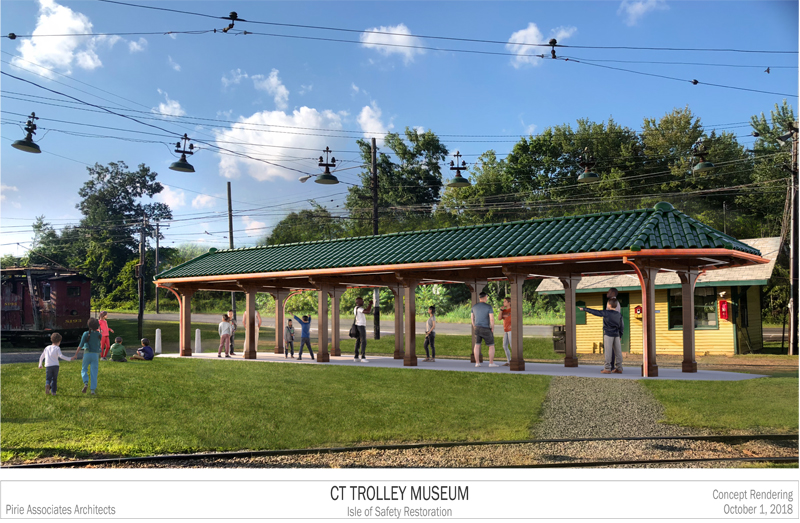 Time has unfortunately taken its toll on this former Hartford landmark. What is more concerning than its shabby appearance is its structural integrity. There is considerable rot in the wood that supports the tile roof and virtually all of the tiles are chipped and faded, and many have fallen off.

The terra cotta tiles on the roof of the Isle of Safety will be entirely replaced. In most restorations of 100+ year old structures and vehicles, often modern material is substituted or repurposed to make the original project whole. Unbelievably, the same company that made the tiles in 1913 is still in business and they still have the mold to create new authentic tiles!

I believe we all have a role to play in protecting those landmarks that define and perpetuate our legacy. I think it's extremely important that this landmark is going to be restored for future generations to enjoy and be educated about Hartford's rich history.

We have come far since we launched the Campaign last December, but we stll have a way to go.

The aim of the Campaign is two-fold: To commemorate the Isle's presence in Hartford for a period spanning seven decades and to restore the structure itself at the Connecticut Trolley Museum in East Windsor.

I am happy to tell you that the work in downtown Hartford has been completed. At a ceremony that was held at the Old State House on August 28th we dedicated two permanent exhibits at State House Square. One is the outline of the Isle of Safety that was installed on the brick walkway pinpointing the Isle's original location. The other is a pictorial exhibit detailing the Isle's history in Hartford. And for some really exciting news - preliminary work on the structure was started on September 3rd. We are now $12,169 shy of what we need to complete this work. Our fund raising is active as we could possibly finish the Project by mid-October if we can secure the necessary funding.

Following the Isle's restoration, we will seek to raise an additional $25,000 to install vintage era lighting; brick pavers to be placed underneath the structure and a new walkway to the Isle from the Museum's Visitor Center. We plan to seek out in kind contributions of services and materials to pay for a portion of the total cost.

On behalf of myself and my fellow members of the Museum's Development Committee - Dulcie Giadone, Bob Rosenberg and Gina Maria Alimberti we thank all of the donors to the Campaign to save this iconic piece of our history. We will keep you apprised of our continuing progress. Continued donations in any amount would be greatly appreciated! 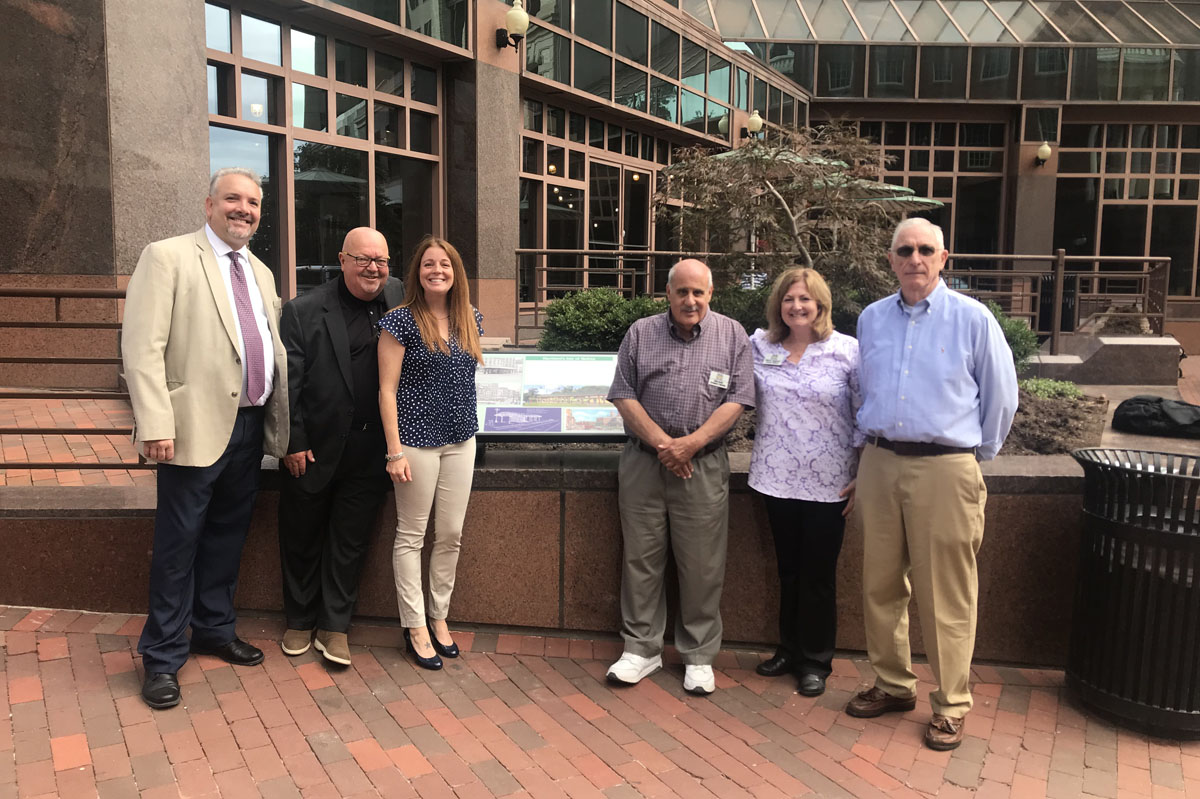 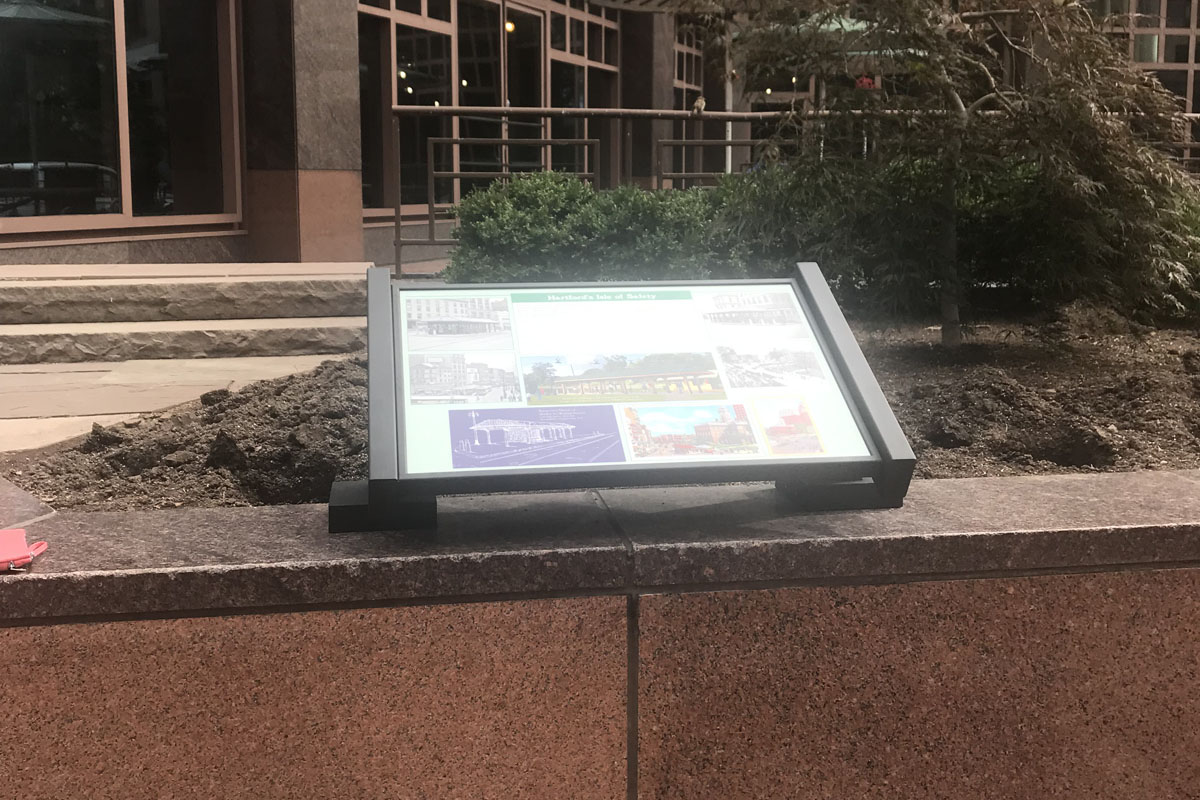 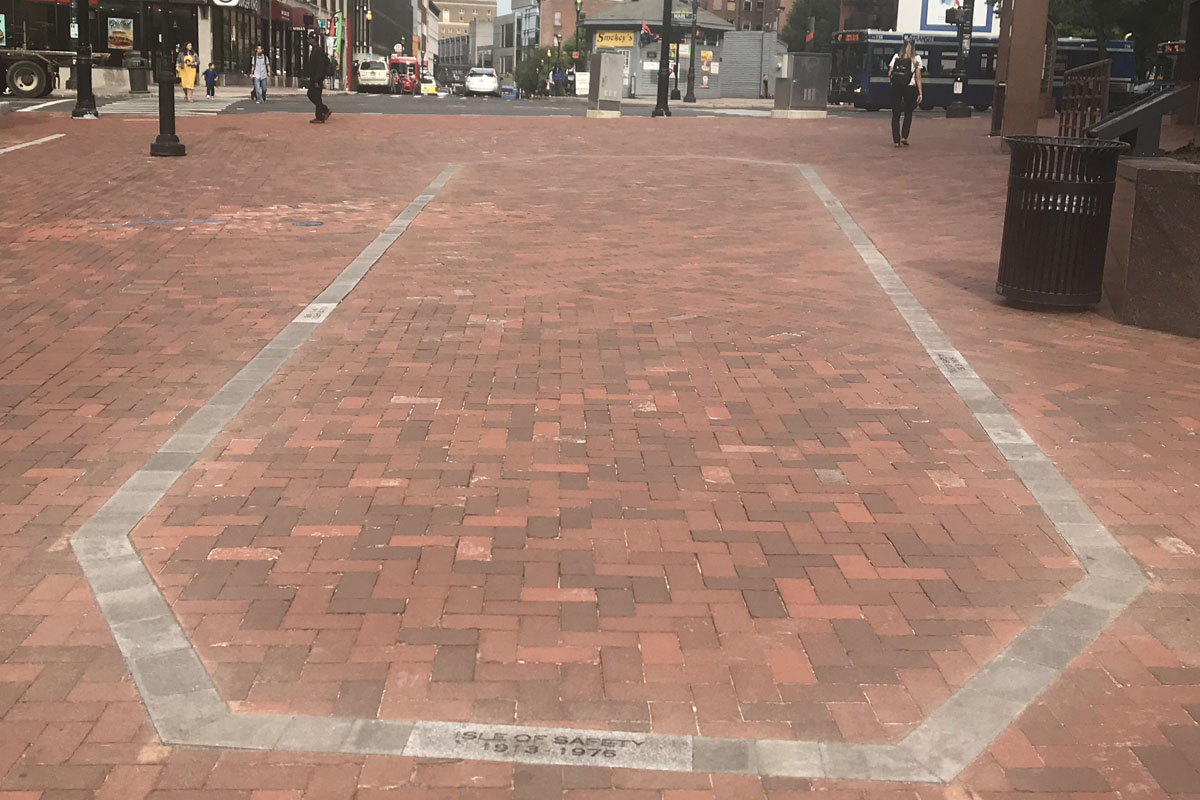 Newly installed outline of the location of the Isle of Safety 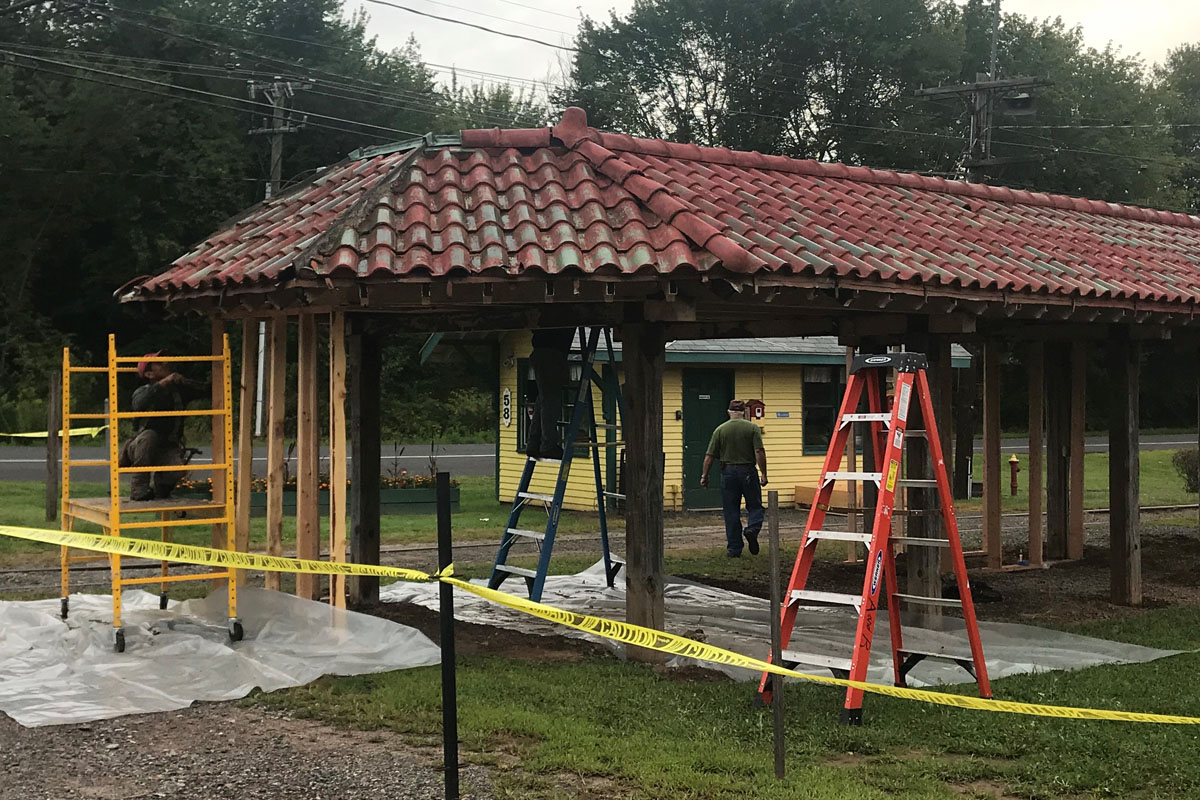 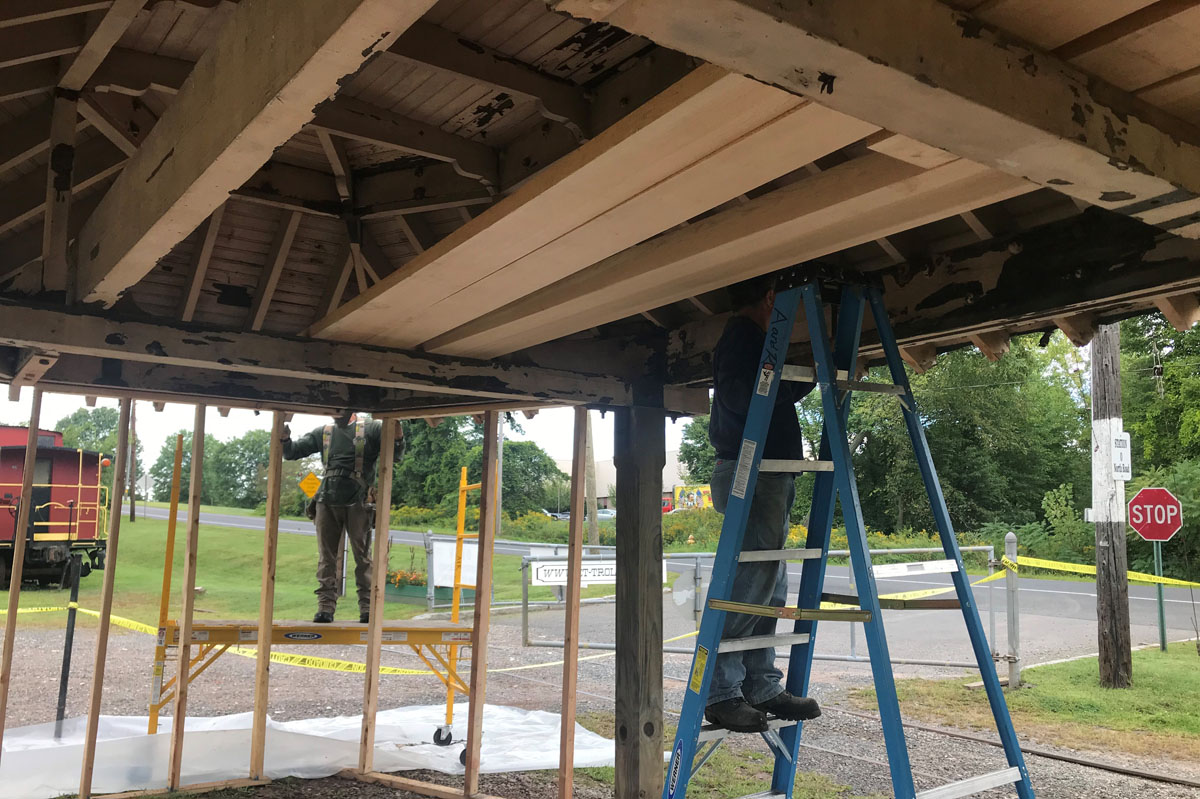 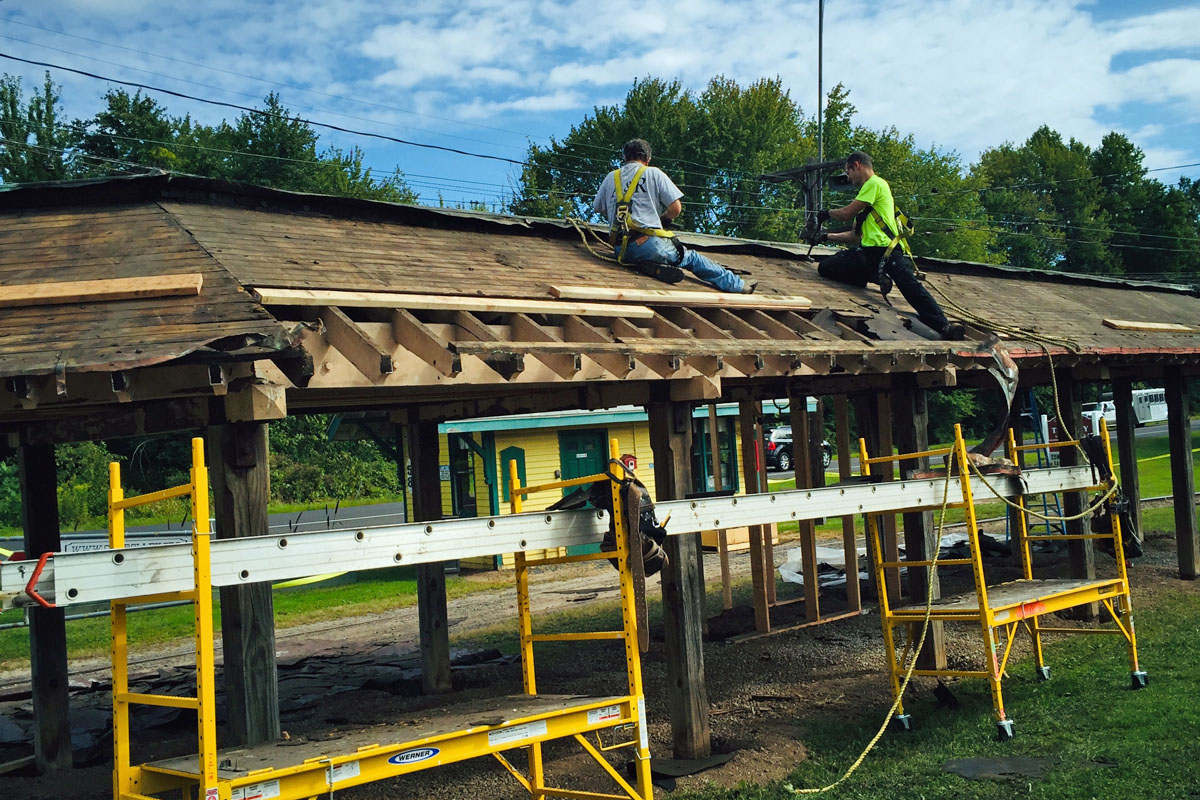 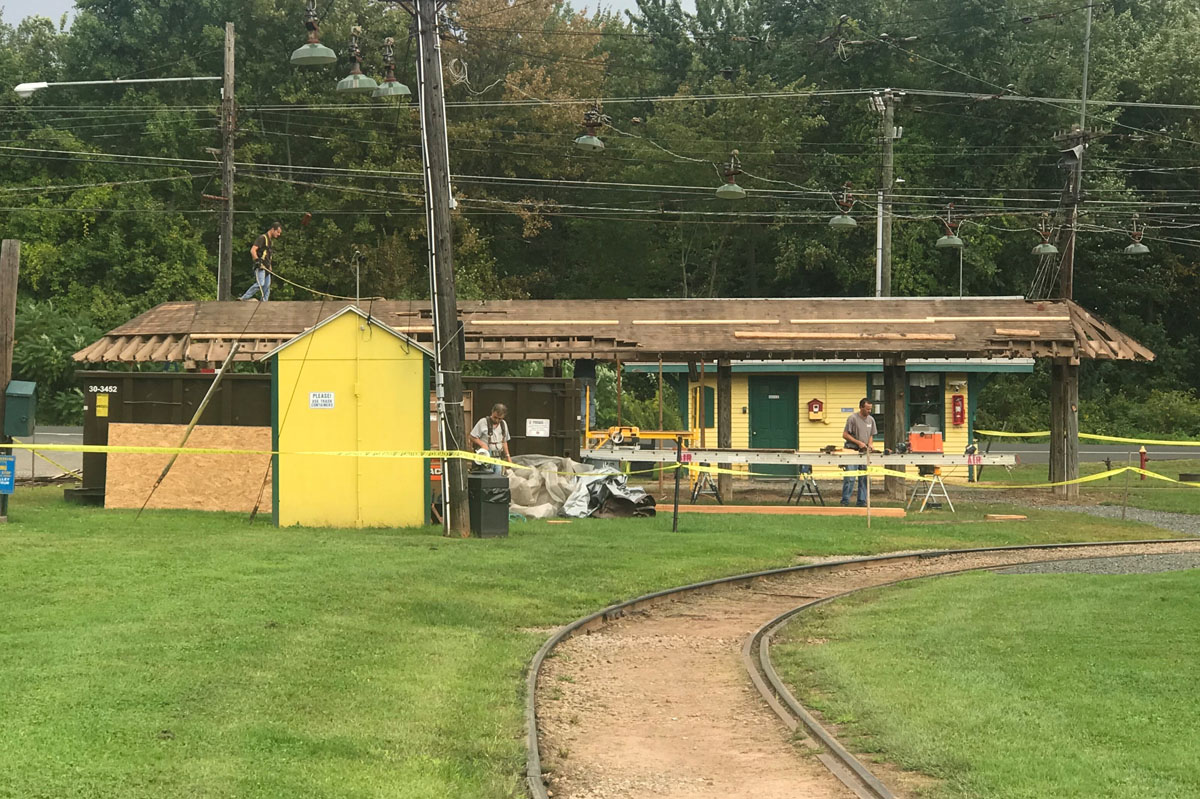 We are thankful for the financial and in-kind contributions from the following individuals and organizations. Their assistance and support preserves this landmark for future generations to enjoy.