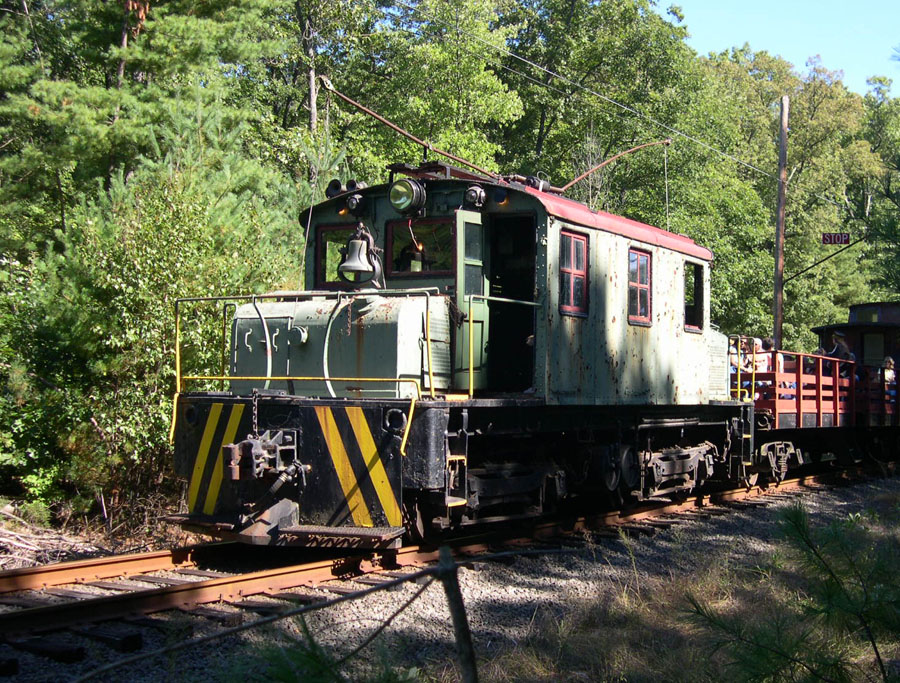 By William E. Wood, February 2002, with contributions from Raymond Cooley of Toronto on #18's early history

Without a doubt our Steeple Cab Electric Locomotive No. 18, is one of the most traveled item of equipment at the museum.

Ordered in May 1918 from Baldwin-Westinghouse (order number 48538), this 53 ton locomotive was ordered by the Auburn & Syracuse Railroad of New York State as their #105. It was delivered on July 20, 1918. However, they sold it in April 1919 to the Ontario Hydro-Electric Power Commission. They placed it in service as their locomotive E21. For a couple of years, E21 was very busy on a large canal project.

From October to December 1921, E21 was loaned to the Sandwich, Windsor & Aucherstburg Railway of Windsor, Ontario, but was returned to the Commission. In 1924, E21 became #2 on the Toronto & New York Radial Railway. Three years later that company was taken over by the Toronto Transport Commission and #2 was sold on February 7, 1927 to the Canadian Westinghouse Corporation to be refurbished and resold.

Later in 1927 she would become the property of the Niagara, St. Catharine's & Toronto Railway (NS&T) as their #18. This operation in the Niagara frontier was to become one of the last trolley operated railways in North America, with #18 working for them from 1927 to 1960, some 33 years. With the NS&T being cut back, her glory days were not over. The Canadian National Railway would move her in 1960 to Oshawa Railway just east of Toronto. With large auto plants in that city, No.18 (retained the same number) would have four more years of switching, until 1964.

At the close of electric operations in Oshawa, Win Manchester, a museum member bought her and moved #18 on its own wheels from Canada to the Connecticut Trolley Musem's loading ramp in Melrose, Conn. No.18 made a short truck trip to the museum on December 12, 1964.