Its open design meant it was heavily utilized for summer service. Besides day-to-day commuters and travellers, football fans were aquainted to these cars as it was part of the well known Yale Bowl fleet hauling thousands of fans from the train station to the football field. As part of this fleet, on July 6, 1948, car 840 made its last trip through the streets of New Haven, Connecticut and became the last open streetcar to run in revenue service in the United States. Later that year, car 840 was received by the Connecticut Trolley Museum. 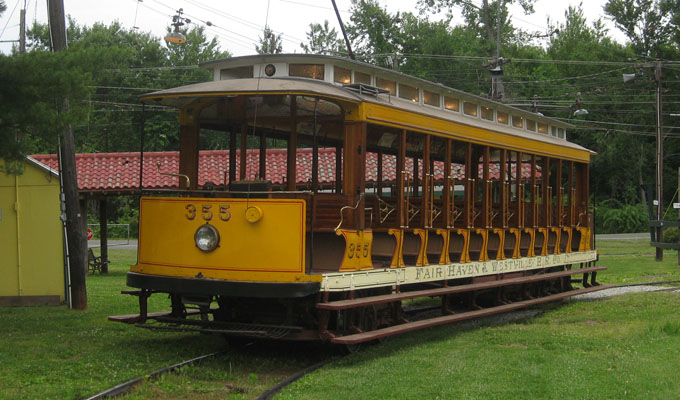