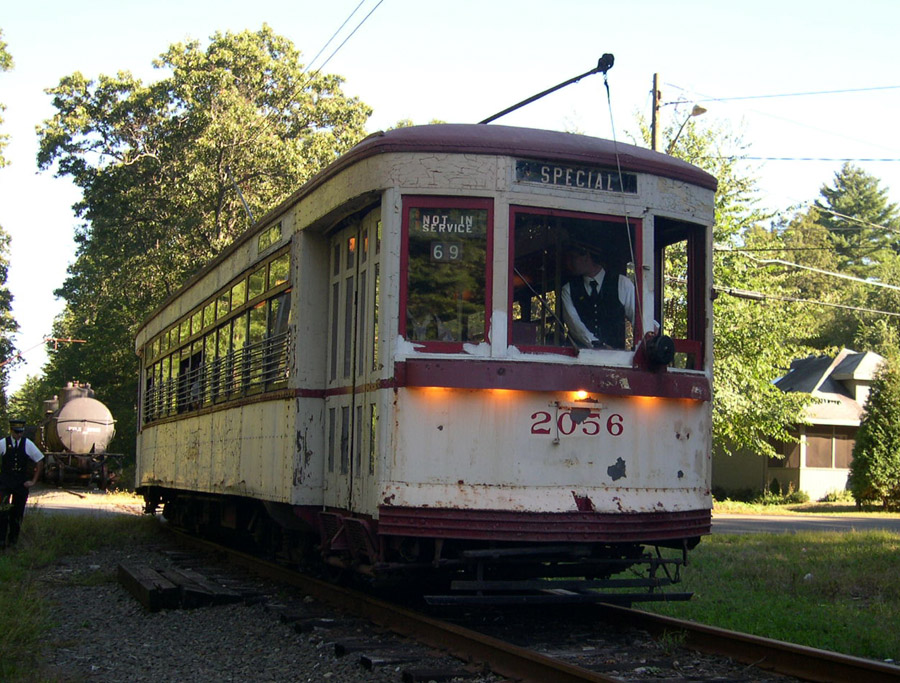 Both groups of cars were excellent examples of the concepts for double end, double truck light weight safety cars as they had evolved toward the end of the 1920's. The distinguishing feature of lightweight car design was that the sides of the car body acted to carry all the loads - as opposed to a center longitudinal beam in older car designs. For the Springfield cars, the overall car body length was 40' 8" and the tare weight of the entire car was just under 36,000 lbs. Width overall was 8' 6" and the height to the trolley base was 10' 10 ¾". Each truck had two inside hung Westinghouse 510A2 , 35 HP, 600 volt D.C. motors. Control was accomplished from one of the K35 controllers at either end of the car, acting through a Westinghouse line switch mounted under the car body. The line switch served to safely open traction power circuits carrying heavy currents. Cars such as these were termed "safety cars" because they could be run with one operator - there was no need to have a conductor on board. The up or down position of the handle at each controller sensed whether the operator was incapacitated. The brake valve had, in addition to the normal brake positions, a door opening/closing position and an emergency application position. Both air and electrical control was exercised at the line switch so that the car could not be started when the brakes were applied, the car would go into emergency braking if air pressure were lost, and motor current would be cut off if emergency braking were applied.

These Wason-built lightweights were the last trolleys to see service in Springfield. After trolley service ended on June 22, 1940, the lightweights were sold to G.T. Abel & Co. and subsequently 39 of the cars were sold to Montreal Tramways. The last of the 39 cars, #585 was shipped to Montreal on January 31, 1941. The remaining Springfield cars were sold to Virginia Railway & Power for use in Norfolk, Virginia. In Montreal, modifications were made to some of the Springfield cars once they arrived. #575 was renumbered #2056 and the most noticeable modification was the lengthening of both front and back vestibules by 20". The motorman's position was moved from the center to the left side in each vestibule and the left-side treadle doors were reduced from double bi-folds down to a single bi-fold door. Electrical connections at the trolley boards were modified so that the car could not be run with both poles up on the wire. Not all ex-Springfield cars were modified in the way #2056 was as some were converted to single end cars and the back vestibules were not lengthened.

The 35 HP motors limited the use of the ex-Springfield cars in Montreal. The motors were not powerful enough for the cars to meet schedules on the steep grades of the Cote des Neiges and Westmont Blvd. lines. With the cessation of trolley service in Montreal on August 30, 1959, #2056 and #2600 and crane W-1 were purchased by the Connecticut Trolley Museum and arrived later that year. Funds for the purchase and shipment of #2056 were provided by Roger K. Steele.

Montreal car #2052, also an ex-Springfield car, is preserved at the Seashore Trolley Museum in Kennebunkport, Maine. 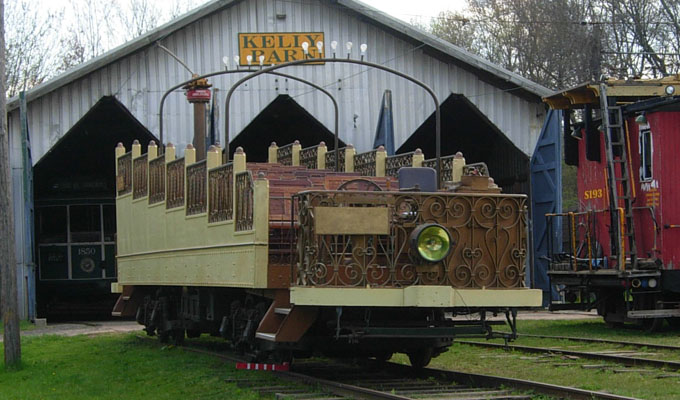