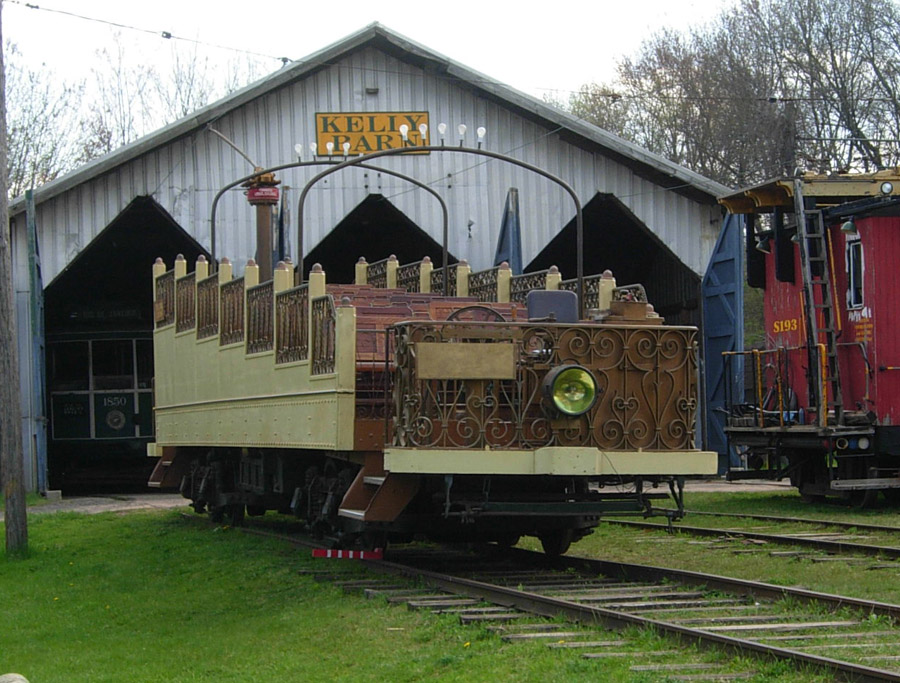 Montreal Tramways open observation car No. 4 was built in 1924 by the Montreal Tramways in their Youville Shops. Sister car No. 3 was built at the same time. They are similar to Numbers 1 and 2, but had steel under-frames, were one foot longer (47' 0"), and only had five back-shaded white lamp on each bow and no beaver plaques. The cars seated 50 persons, had four motors and standard air brakes. The car's weight was 44,650 lbs (compared to the first two cars each at 43,700 lbs). In the late 1930's they were equipped with dynamic brakes for use on the mountain line up Mt. Royal.

In 1943, all trucks and electrical equipment were "borrowed" for the war effort, being used under home built cars #1135 to #1138. Upon going back in public service in 1945, the cars were re-equipped using trucks with 30" wheels. In 1945, a three-window front windshield was installed on all four of the observation cars to answer the demand of the operating personnel. These detracted somewhat from the car's appearance and cut the breeze on the passengers in the lower seats. No. 4's was removed after arriving at the trolley museum.

While the observation cars used two routes before 1956, one known as "Park Avenue - Snowdon" (the original route of 1910) and in the late 1940's designated "Pare Lafontaine - Cote-des-Neiges" which covered the areas east of Park Ave. From 1956 to end of service, the route was via St. Antoine, Park Ave., Laurier Billingham, Maplewood, Decelles, Queen Mary, Girouard, Craig St. and Atwater. Regular tours ended in 1957, although charters were run in 1958. The four cars were withdrawn that fall.

At first the Montreal Commission did not wish to sell the cars outside Canada and No. 4 was sold to H.J. O'Connell, a Montreal collector in 1959. However, his collection was seized for non-payment of taxes and Connecticut Electric Railway Association bought No. 4 from the Canadian Federal Tax Court, bringing the car to Connecticut in late winter of 1967. It should be noted that to load the car in Montreal, our rigging company, working with the Canadian National Railway, closed one track of their main line to Toronto so cranes could reach No. 4 on H.J. O'Connell's property and lift it over a fence to place her on a flat car. The next day there was heavy snow, and when No. 4 arrived in Connecticut, there was 4' of snow in her.

Since 1967, No. 4 has been a great crowd pleaser on hot summer days and under the lights of Winterfest and the Tunnel of Lights. She ran in Montreal for 34 years and now has given that, and more years of service at the museum.

For a number of years she ran with a flat cast iron wheel on her front truck, which produced a somewhat harsh and noisy ride. To repair this, all the wheels on the front truck were replaced with new steel wheels in the early fall of 1999. 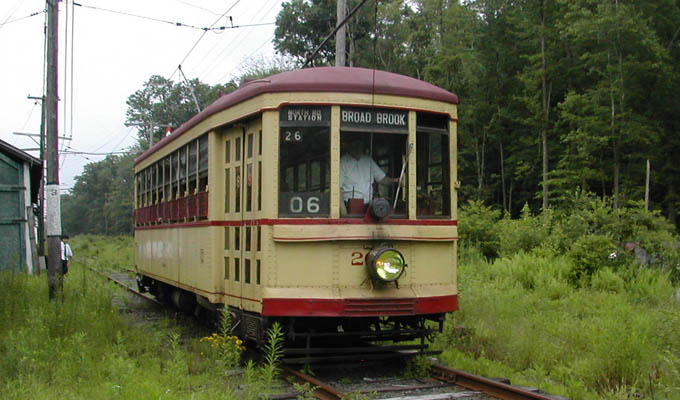