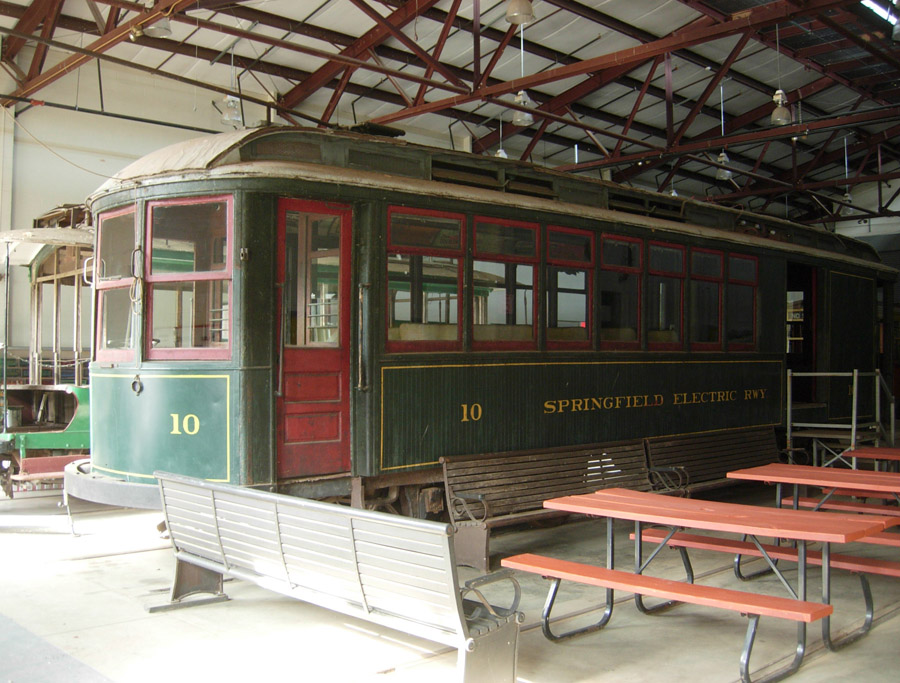 Car No.10 is a 40' 10" wooden combination car built by the Wason Manufacturing Co. of Springfield, Massachusetts in 1901 for the Springfield Electric Railway of Springfield, Vermont. It operated from Adnabrown Hotel in the center of Springfield, to the Boston & Maine Railroad (B&M) station in Charlestown, New Hampshire, following the Black River to the Connecticut River, crossing the latter on a company toll bridge.

As built in 1901, the body rode on a pair of Jackson and Sharp M.C.B. trucks, had dash mounted headlights, and short center "buffers" on each end, two poles and two K-12 controllers. In 1908 (Sept./Oct.) the Springfield Electric Railway had a major barn fire which destroyed many items of equipment and damaged No. 10 to the point that she was returned to her manufacturer to be rebuilt.

The rebuild made changes, which are quite clear from before and after pictures, including steel bumpers on each end in place of the "buffers". The original flush mounted car body headlights were removed and replaced with brackets for Golden Glow portable headlights and plug outlets. The trucks were replaced with Taylor M.C.B trucks with four Westinghouse 12A motors. She was returned to Vermont in 1909.

Car #10 carried mail and small freight to meet all B&M trains each day. This rail service played an important role in allowing many area young men and some women to leave and pursue higher education to make their way in the world, later to return on holidays or to just visit and "show off" new families. Many made their last return and final trip in caskets.

During World War I the Springfield Electric Railway went into receivership and in 1921 was reorganized as the Springfield Terminal Railroad, which would later become part of the B&M. After World War II, the Springfield Terminal was to convert to diesel operation. However, on February 23, 1941, a charter trip was made by the Connecticut Valley Chapter, National Railway Historical Society, and founders of the Connecticut Electric Railway Association to ride car No. 10 over the system. Plans were then started to bring car No. 10 to the trolley museum and was added as the second car to the Museum roster in 1947. 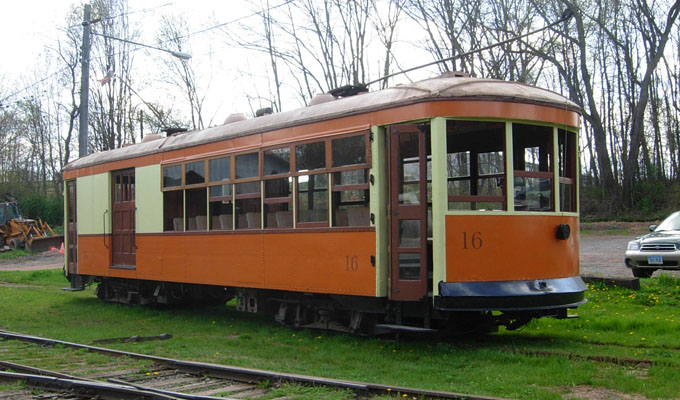