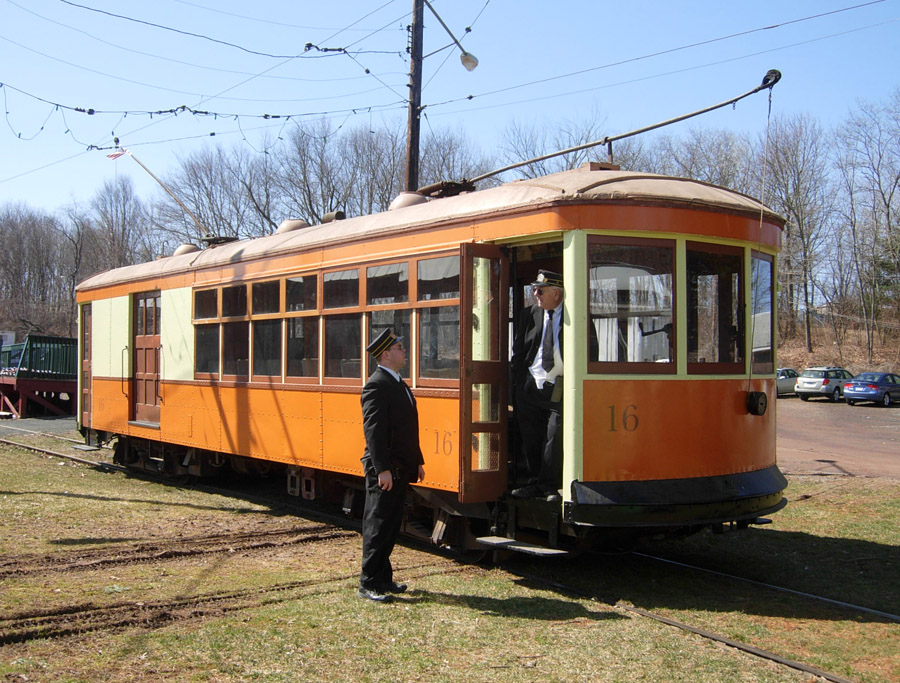 On the trip you would have crossed Route 5 at grade, passed a number of famous tool companies who made many of the machines used in the growing auto industry, a steeple-cab locomotive switching in raw materials like plate steel, brass stock and raw supplies for the foundry, as well as rough casting coming from out of state. The completed machines all crated in large wooden boxes on flat-cars and smaller items in box cars left the plants every day.

Along the tracks you also would have passed a small brick building, between you and the river and just below a low dam, from which wires came out and connected to feeder lines along the trolley wire support poles. This was the water powered hydroelectric station providing electricity to the Springfield Electric Railway. The water wheel powered a DC generator, which after the rail line was converted to diesel locomotive operation was brought to the trolley museum.

Car No. 16 in its later years was painted aluminum, seats removed, and most of the windows (except at the ends) replaced by plywood. Car No.17 was dismantled at the company barn.

Connecticut Trolley Museum member Karl P. Hartman bought No. 16 in 1956 and moved it to East Windsor the same year.

Number 16 has since been repainted from the aluminum color to its earlier Springfield Electric Railway colors, its windows have been replaced as have all its seats. 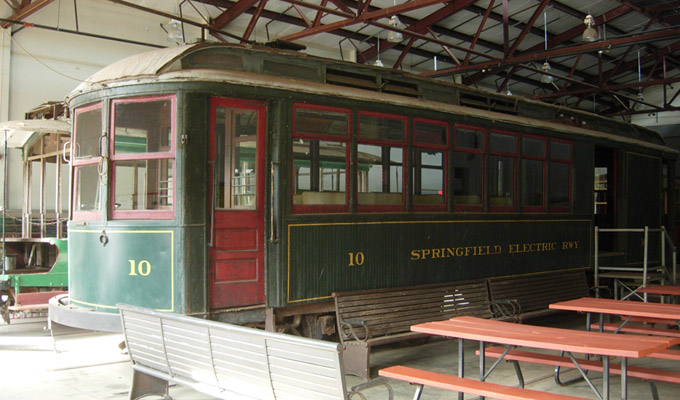 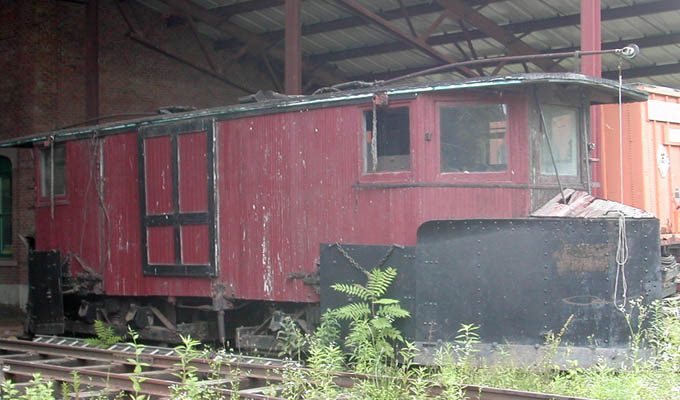